A common suggestion -- even for children's book writers -- is to go through a prolonged period of character development that involves doing interviews and creating detailed dossiers. I can see some of this for young adult (YA) novels because of the length of the stories, but isn't that just overkill for an easy reader?

I mean, the pulp fiction of the early 20th Century gave us some of the most-loved characters in all of fiction. Characters like Conan, Zorro, and Tarzan are still popular with readers, TV viewers, and moviegoers to this day.

Can you imagine a pulp writer, desperate to finish an 80,000 word serial in order to get the rent money, spending days to create a character?

Can you imagine that writer spending hours “interviewing” a prospective character to learn about him? Or writing pages of detailed biographical information, just to be sure he understood what that character would do in every possible situation that might come up?

Neither can I. Let’s be honest here; pulp fiction writers were avowed capitalists and, as much as they may have enjoyed writing and desired to create an outstanding piece of literature, they were in it for the money. If you can’t pay the bills, you can’t spend your time writing. And yet they managed to create these amazing characters -- not just one, but quite a few that have (in some cases) survived for a century.

Doesn’t it make sense that these writers developed simple strategies for creating characters? Streamlined methods that allowed them to get a handle on the characters’ thoughts and actions quickly and effectively? Of course it does.

In future posts I'll look at how to create solid characters, characters who appear to be real, without investing a lot of time in the process. But one thing is clear right upfront... 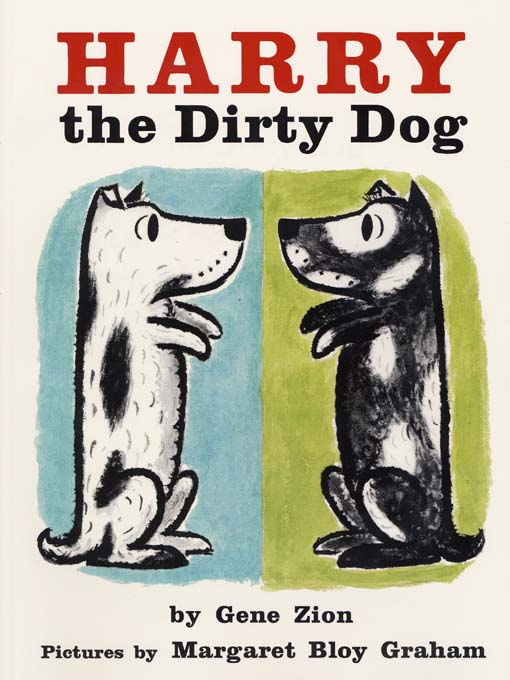 Harry the Dirty Dog is built around a simple character -- a white dog who doesn't like baths. The fact that he doesn't like baths drives the entire story. Everything that happens in the story grows out of that one trait. (Even the twist at the end.) And to make matters even simpler, he's white because white shows dirt more readily! How much simpler can the character be?

The best characters in an easy reader are usually very simple. That way, they're easy for a child to understand. That doesn't mean they're easy to write, of course... Harry's adventures show a lot of thought on the writer's part. But it doesn't take ten pages to explain why he does what he does, either.

So don't overthink your characters. If the basics of the character aren't easy to grasp in a sentence or two, you're probably making them too complicated for an easy reader.

The cover shot is from this page at the Nebraska OverDrive Libraries.
Posted by Mick at 9:57 PM